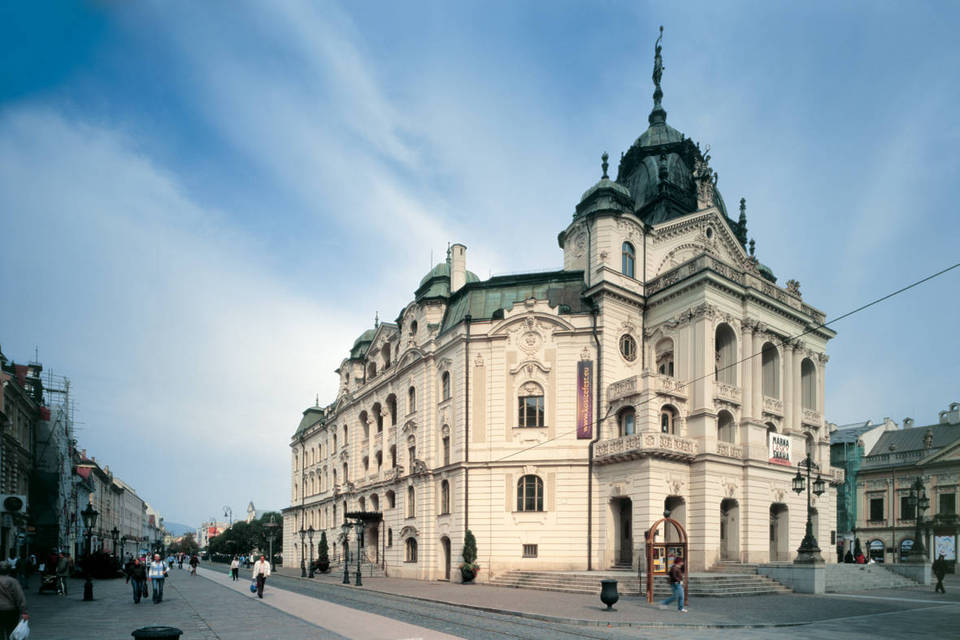 The State Theater in Košice is a classic theater that has three components - drama, opera and ballet.

The Košice Theater was built in the place of the medieval town hall, which has not been used since the 16th century.

In the beginning, the performances were only in German, later in Hungarian and German.

On September 28th, 1899 was the grand opening of the current theater building.

Based on the project by architect Adolf Lang, the theater was built in an eclectic and neo-baroque style.

The building is characterized by rich sculptural and ornamental decorations on its exterior as well as its interior.

The Spiš Theater is a theater with over 40 years of history. With this name, it's been in the building of Reduta since 1992. It was founded in…

Theater Actores covers various cultural events and prepares artistic performances for both children and adults. So far, it has created over 40…

On June 17th 1959, in Košice, the fourth puppet theater in Slovakia was founded. The first premiere was a play by J. Pehra - L. Spáčila…