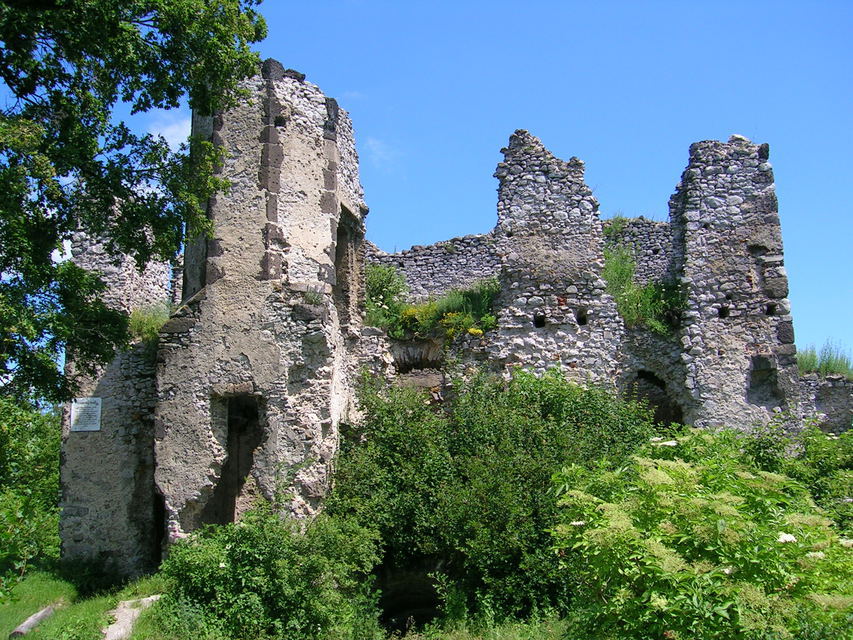 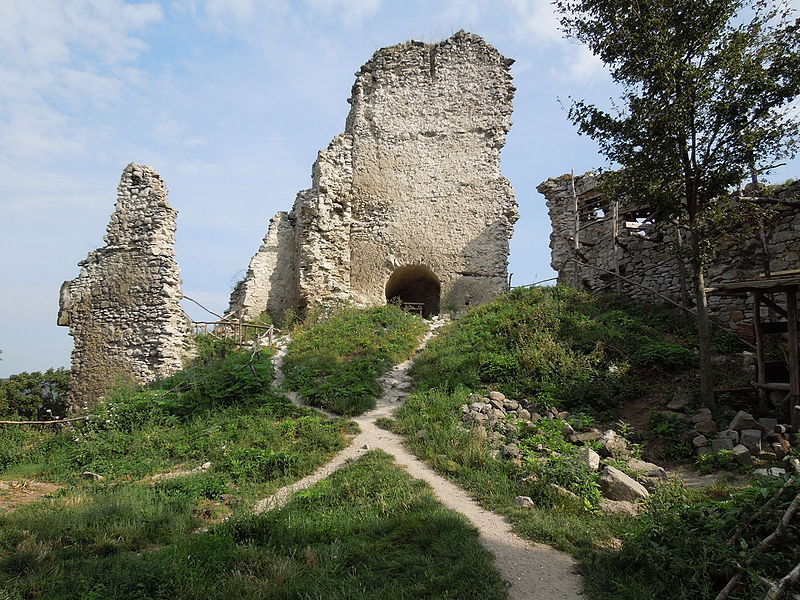 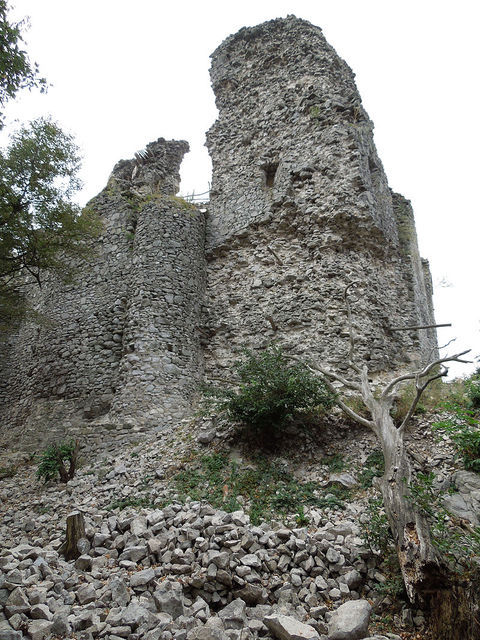 The castle over the village of Vinne was the social center for the nobility of Michalovce from the 14th century. The first written mention of this place comes from 1335 and talks about the splitting up of the ownership of this place between the aristocracies of Michalovce. According to the historical record, this castle consisted of the old gate, the tower, palace, chapel of Saint Margita and a house called Vavrinca which stood outside of the castle, but in a very close proximity to the castle. After the anti Hapsburg uprising in the 18th century, the decision was made to destroy this castle so it didn’t become a base for rebels. Regardless of the destruction, parts of the renaissance arches, windows, doors as well as original plaster preserved. Traces of fireplaces and basements are visible. Coins, rings, keys and decorated tiles were among artifacts recovered at this sight. This castle is currently under complete reconstruction provided by the civic association Zemplinsko-uzska hradna cesta.

The Castle was built in 13th century after the Tatar invasion. Even though it belonged amongst less larger castles, it is surrounded by an elevated…