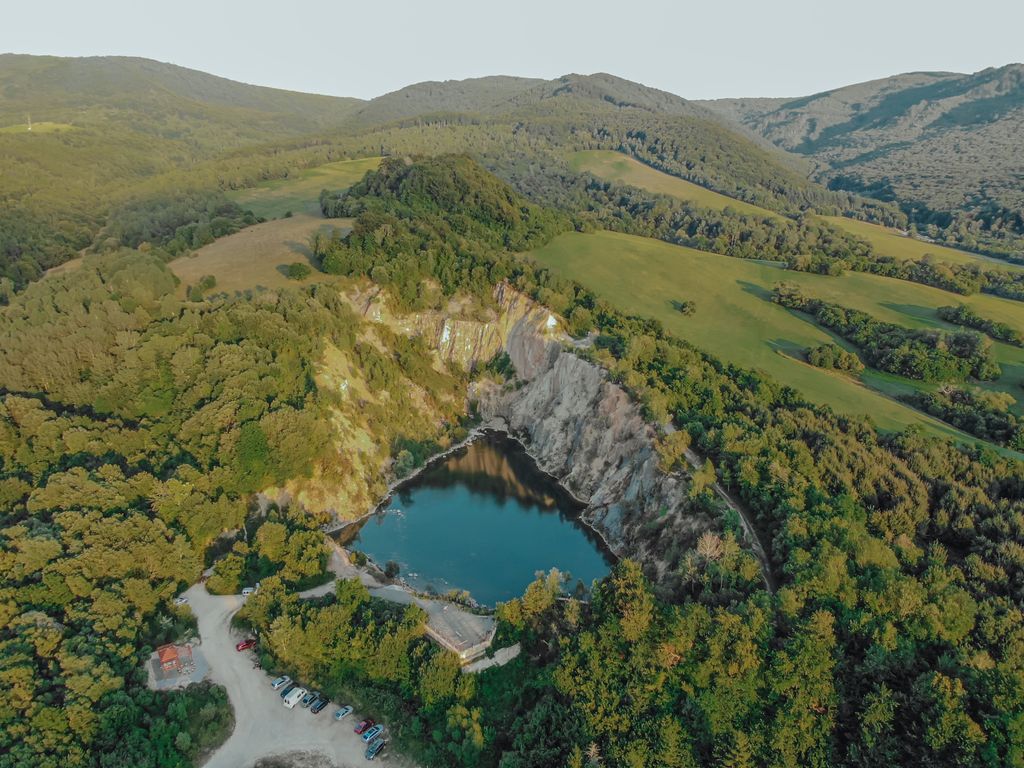 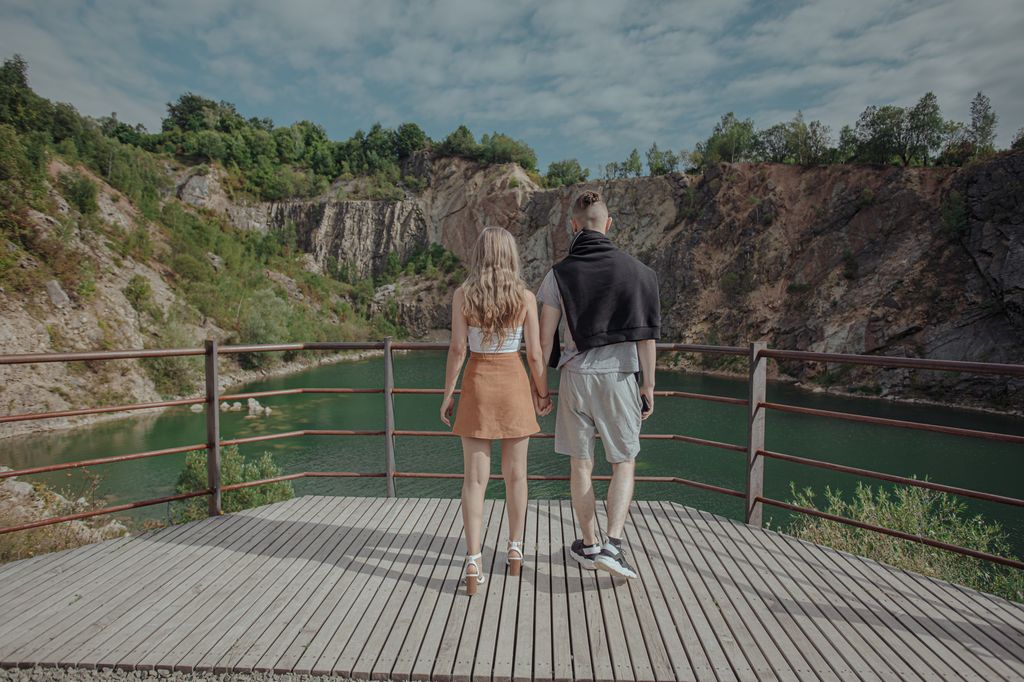 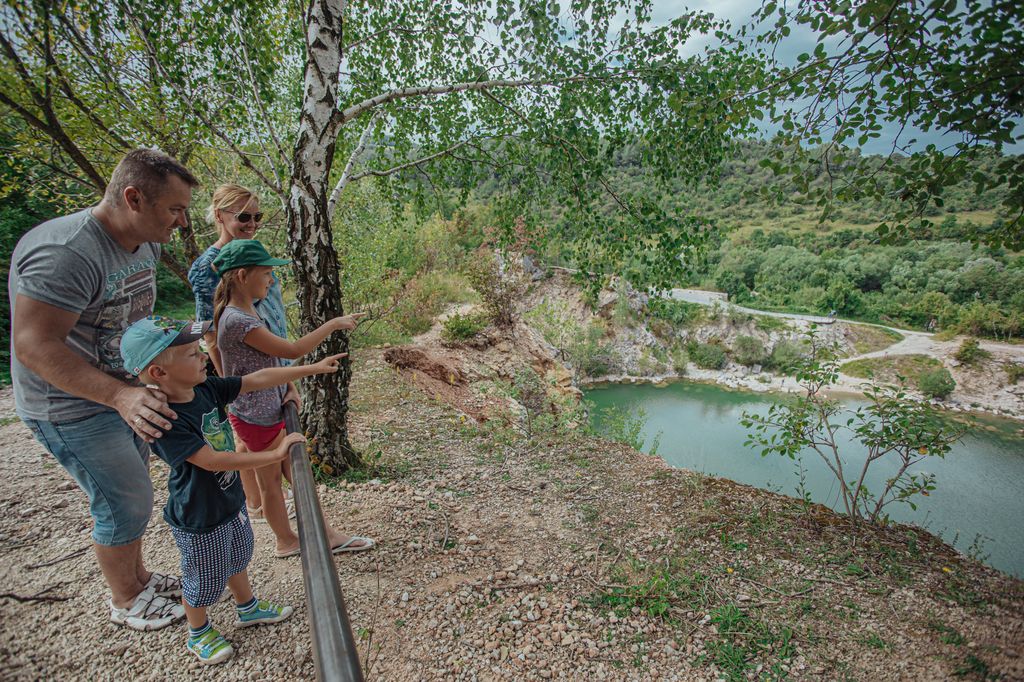 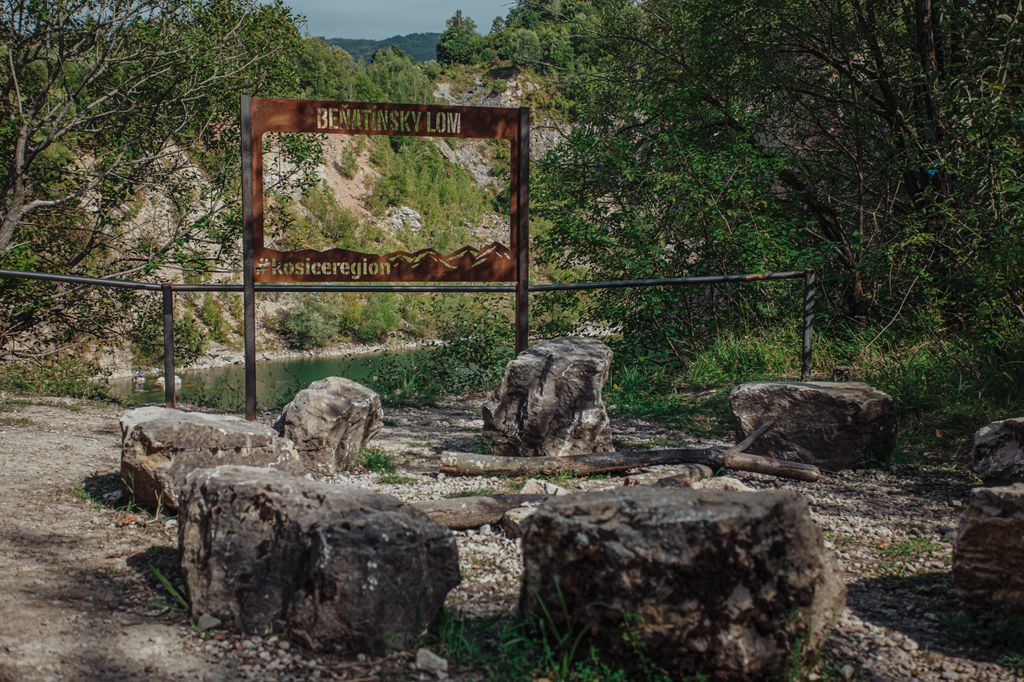 The quarry at the village of Beňatina served for limestone quarry for about four decades. After the revolution, in the early 1990s, the mining here was terminated, as the interest in limestone has fallen due to the civil construction closure in the area. After the termination of the mining process, the underground water was pushed to the surface, creating a beautiful natural scenery, often likened to the iconic Plitvice Lakes in Croatia.


The charming turquoise colouring of the water in the quarry of Beňatina is caused by a constant inflow and drainage of water along the colourful limestone. This romantic place has over time become a popular destination for tourists and vacationers. Swimming in the pond is on anybody’s own responsibility, but since the water in the centre of the pond is up to 8 meters deep, you should consider your swimming skills before entering the water.


The legend of the quarry in Beňatina is also connected with the whale of Beňatina. Its silhouette appeared on the southern wall of the quarry allegedly after the last blast in the quarry. About 5 metres long natural pattern in the rock profile reminds the body and tail of a whale. Whether in this case it is just a funny trick of nature, or the quarry actually hides a prehistoric treasure, has so far failed to be proven. However, human imagination has gone its own way, therefore some call this flooded quarry the Beňatina Whale.

In the summer, you can spend your free time swimming, taking a boat ride or riding in tandem on waterbikes. Palcmanská Maša is the right place…

Try waterskiing, wakeboarding or wakeskating on the waterski lift located on the lake Jazero. A similar experience is only available in three…

The Ružín Water Reservoir was created by damming the Hornád River in the deep, winding valley of the Bujanovské Hills and is one of the most…