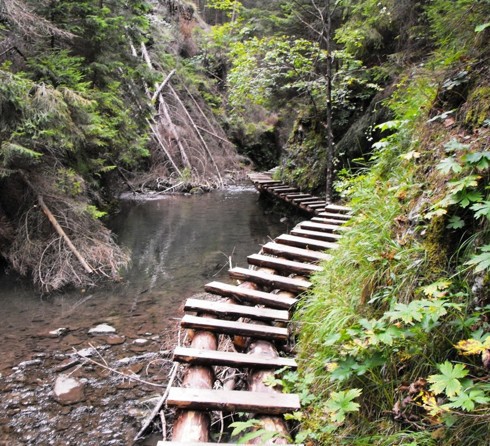 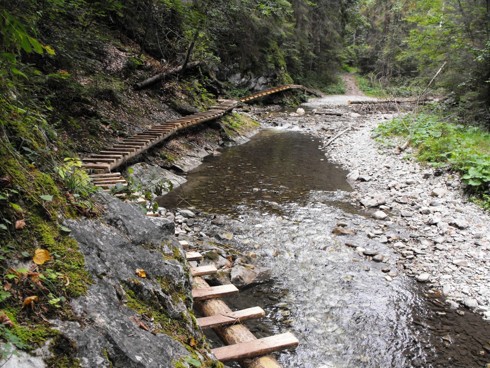 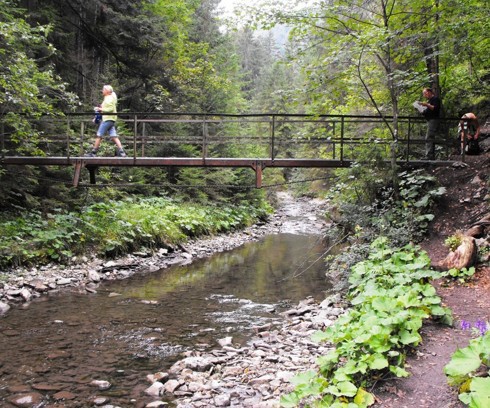 Sokolia valley is known as the wildest ravine in Slovak Paradise. It lies on the eastern edge of the plain Glac. It is also significant because it is home to the highest waterfall in Slovak Paradise and the third highest waterfall in Slovakia - Závojový waterfall. In a three level cascade, it reaches over 70 meters. Unlike the initial circumvention of the waterfall, now there is crossing right over it, with an over 80 meter long system of ladders, bridges and steps. A little more strenuous is also the crossing on wooden ladders in the valley Tomášovská Belá, and the short descent from Čertova sihota that is ensured with chains. Other parts lead through a comfortable terrain of well marked forest roads and trails. The gorge is accessible from the yellow sign in Tomášovská Belá at the intersection with Sokolia valley.

Enjoy the view of all the monuments of the historical centre of Rožňava, the Calvary and the whole Rožňava basin from the gallery of the…

The village of Hnilčík has a rich mining history. In the local hills deposits of iron and copper ore were found, that used to belong between the…