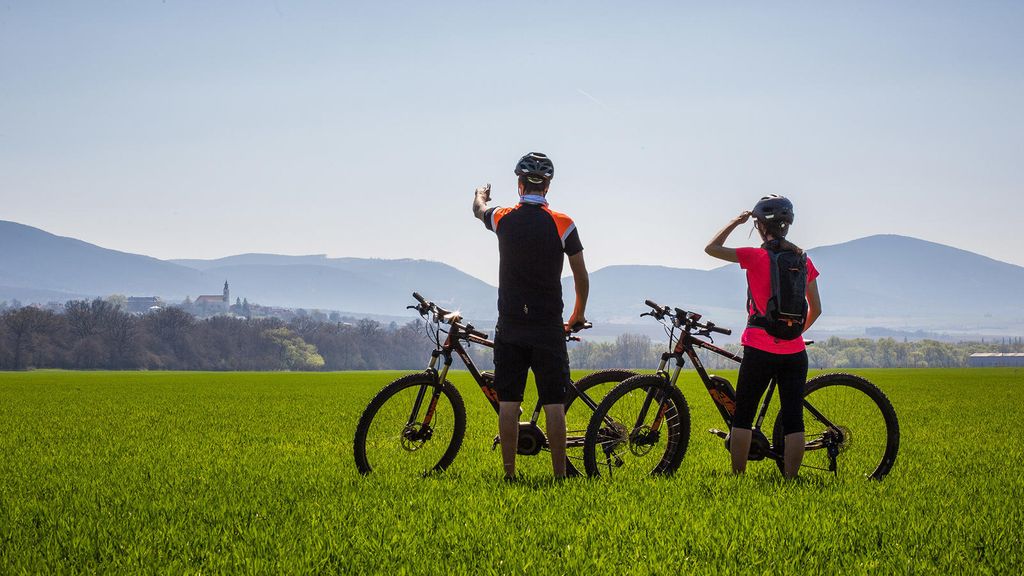 The city extends on both banks of the river Hornád in the geographical contact of the northern tip of the East Pannonian Basin – the Košice Basin, and the Carpathian Mountains of the Slovenské Rudohorie mountain ridge, which borders on the city in the Northwest by the Čierna Hora mountains and the Volovské Vrchy hills. From the East, it is enclosed by the wall of the Slanské Vrchy mountain ridge of volcanic origin.
Košice is the metropolis of Eastern Slovakia and the second largest city in the Slovak Republic.
Košice became the European Capital of Culture in the year 2013. The city has held the title of the European City of Sport from 2016, and from the same year, the prestigious international film festival Art Film Fest is taking place here every year.
The city is also the seat of the Košice region and the regional self-government – the Košice Self-governing Region, a major centre of political, economic, cultural, and Church life.
Its centre with numerous Gothic treasures, Baroque, classical, and historical architecture, is a reflection of the exuberant history of the city, which is the largest urban historical preservation with St. Elisabeth Cathedral being its most prominent landmark.
St. Elisabeth Cathedral is the largest Gothic Cathedral and the largest church in Slovakia. On its southern side, there stands the Gothic St. Michael Chapel. The Dome also has a detached belfry, the still functioning St. Urban Tower.
When you visit the city of Košice, you definitely should take a tour of the other monuments typical for this city.
There are a number of churches, among which we should mention the Dominican, Franciscan, Premonstratesian churches, or St. Michael Church. The synagogue at the Zvonárska Ulica street is also noticeable, which is also the oldest preserved synagogue in Košice, the synagogue at the Puškinova Ulica street, the Historic City Hall, St. Urban Tower, the County House, the building of the State Theatre of Košice, Jakab's Palace or the Immaculata. The latter is known as the most beautiful Baroque monument in the city. Another interesting feature is the Lower Gate, which presents a unique archaeological complex with a part of the city fortification dating back in the 13th century.
The city also boasts the longest pedestrian promenade in Slovakia, where you'll find plenty of stylish cafes and restaurants, lanes, parks, historic buildings, courtyards, and abundant social life.
You may discover all of these sites when you visit Košice by taking a walk in the city centre, which hides many interesting treasures.

Nižná Myšľa is situated at the borderline of the Košice Basin and the foothills of the Slanské Vrchy mountain range, at the confluence of the rivers of Hornád, Olšava, and Torysa. It is approximately 15 km away from Košice, the village is situated at an altitude of 175-240 m a.s.l. At the sight of the church (the landmark of the village) it offers a view of the Slanské Vrchy mountain range, the city of Košice, the plain of the Košice Basin, the eastern tips of the Slovenské Rudohorie ore mountains, and the Kojšovská Hoľa ridge.
The village of Nižná Myšľa is one of the richest archaeological sites in Slovakia recording prehistoric settlements in the surroundings of Košice. Since 1977, a systematic archaeological survey has been carried out here, which has made this site one of the most famous ones in Europe. Many of the findings are of European significance. In these places, the archaeological site is situated, where you will find, for example, a replica of the house and the fortifications of the Bronze Age.
In the village, there is also the Municipal Museum of Myšľa, which presents the most important findings from this site.
This place is an ideal stopover for a break and a seating area. A large resort, a spacious meadow, and a children’s playground provide facilities for taking a rest and recharging your batteries for the next trip.

The village of Skároš is situated about 20 km south of Košice, right at the Hungarian border. It lies in the southeastern part of the Košice Basin in the foothills of the Slanské Vrchy mountain range east of the Hornád watercourse. A smaller portion of the land area is a deforested hilly region, in the north-eastern part a flourishing oak forest stretches. The village of Skároš is part of a larger area with the neighbouring villages of the urban area of Košice, and forms the Association of the Municipalities of Hornád along with some of the neighbouring villages.
That Slovak-Hungarian border region offers a number of attractions. In addition to pristine natural beauties, which were closely guarded and preserved prior to entering the Schengen area due to state border protection, various war front battle memorials are also exhibited.
To commemorate the victory of the Soviet troops over Nazi Germany, the Memorial was built in Skároš, with the external exposition of military technology. We find here the famous tank T-34, the Russian anti-tank gun ZIS-2 named after Stalin, as the ZIS is the abbreviation of the Zavody Imeni Stalina, or the ZIS-3 canon of a firing range of up to 13 kilometres. In addition to Russian weapons, which even from a distance look as if they were roughly and hastily cast, the perfect German canon attracts attention, which, however, lost its battle of Skároš. Looking for it won't require a lot of efforts, the difference in the style of production of arms of the period is visible at first glance. 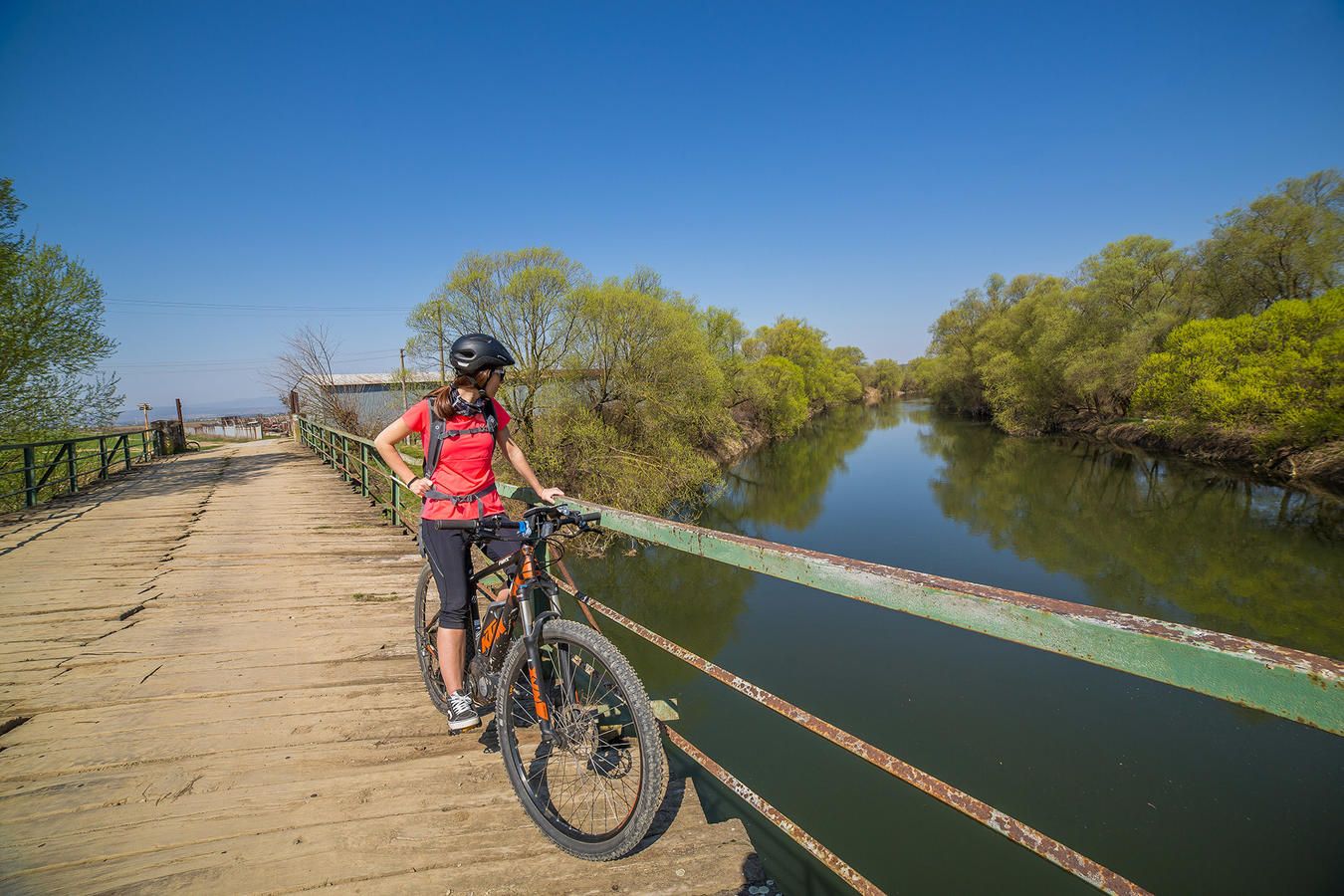 The route can be initiated anywhere by the Hornád river. We suggest to set off from the housing estate of Krásna. Follow the RED SIGNS along the Hornád river to the South. You will leave the city in a while.

Go around the gravel deposit of Krásna, under the railway bridge still walking along the Hornád river. Get to the bridge over the river by Nižná Myšľa. You will eventually return to this point, but now continue along the RED TRAIL direction Skároš.

In the village of Trstené pri Hornáde, turn left by the bridge and go around the football field in the village. Follow the RED SIGNS, they will take you through the village in the direction of Skároš, across the sprawling fields.

In Skároš, you can make a short detour to the War Memorial. The route then continues along the BLUE SIGNS. Turn right over the bridge across the river to the right and continue through the village to the forest. You will ride uphill through the forest on a concrete road to a rise of 150 metres of altitude.

After riding, you will quickly arrive in Vyšná Myšľa. You'll be taken through the whole village and turn left before the railway bridge still following the BLUE SIGNS across the fields. A surprise awaited us just before Nižná Myšľa, where there was a fallen concrete panel bridge over the river. But this obstacle is not insurmountable, and the daring ones will pass the shallow river on the bikes, others can take off their shoes and push the bicycle through.

Before Nižná Myšľa you will pass by the archaeological excavations of straw dwellings. In Nižná Myšľa, at the Fire Fighting Station, turn left down the hill to the main road. When the main road turns to the left, go straight to the bridge over the Hornád river. Here you will return to the place where you already have been. Turn right and continue along the Hornád river to Košice.

From Nižná Myšľa you will return along the same route to Košice around the gravel deposit up to the housing estate. 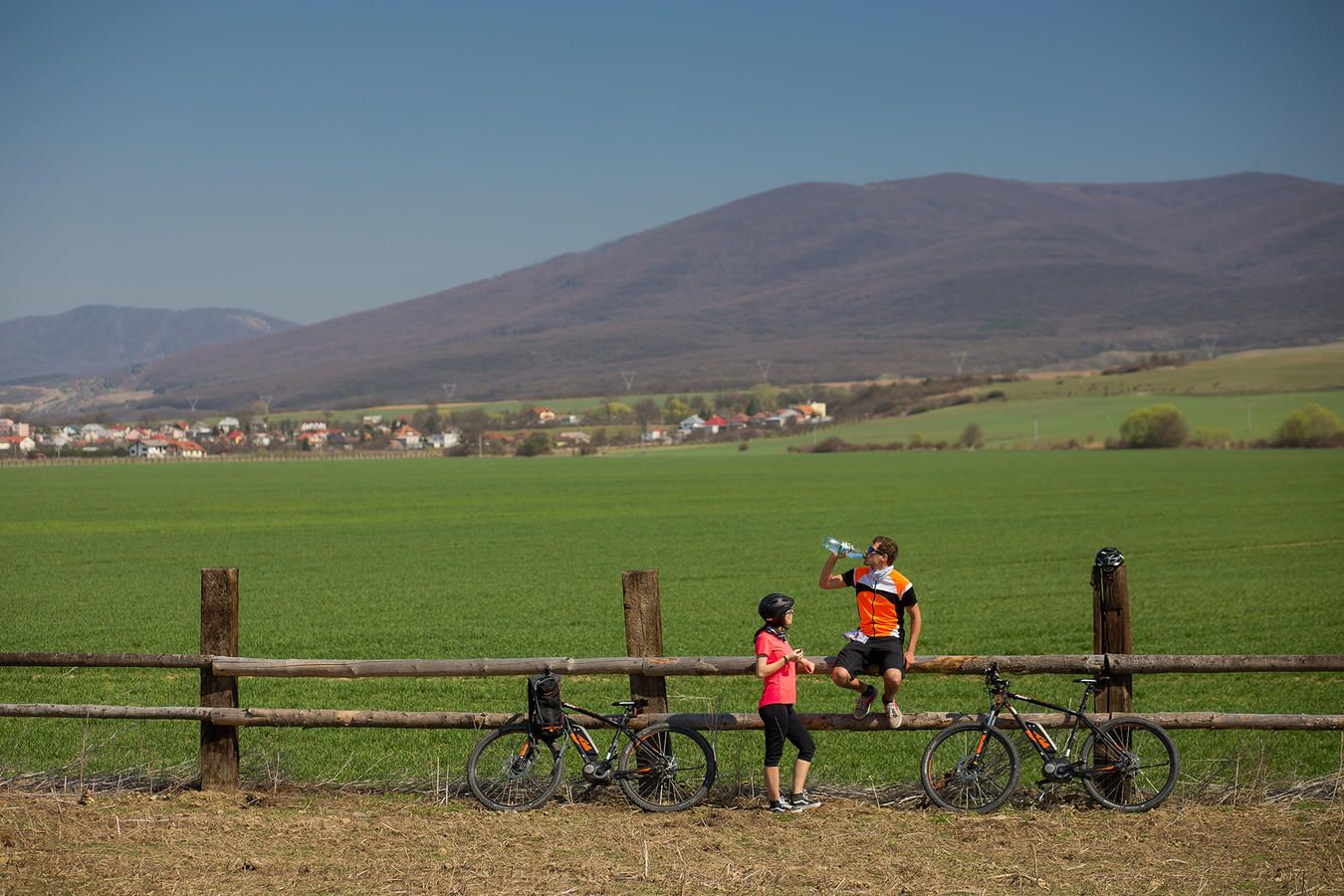