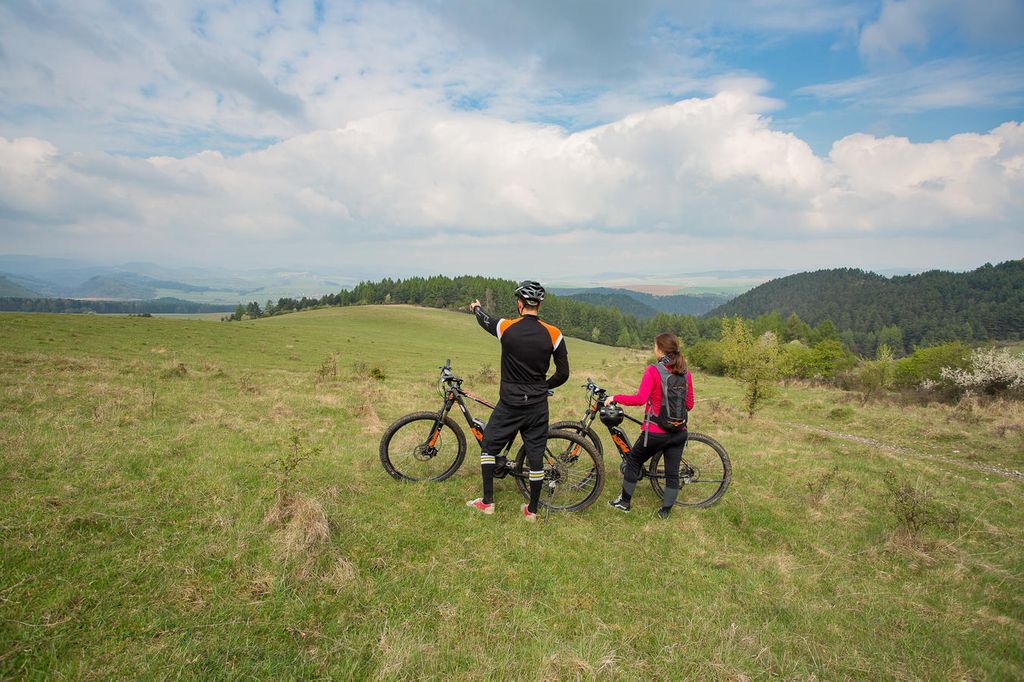 Markušovce is an old historical village lying in the valley of the Hornád River, east of Spišská Nová Ves. In the past, it had significantly influenced life in the Spiš region thanks to the residence of the Máriássy family. Due to its cultural and historical monuments, which are legally preserved monumental zone, the village is predestined for the development of tourism. The first mention of the village of Markušovce comes from the beginning of the 12th century when the village is mentioned as a border settlement and a guard village.
There are also some interesting natural sites here, such as the rock mushroom of Markušovce, which lies 5 km from the village, in Hornádská Kotlina basin. It is situated on a steep slope of 470 metres above the sea level . It is the most beautiful mushroom-like rock formation in Slovakia. It originated in the Hornád River layers. It is made up of an 8-metre high leg composed of glues which are less resistant to humidification and thus they fell apart earlier than sandstones, from which a mushroom hat with a diameter of about 3 metres is made. Markušovská Dolina valley is also worth mentioning, of course. It offers great opportunities for relaxation, hiking, cycling and is very popular among both young and old citizens. Another natural attraction is the Markušové Steny wall-like formation. It is a preserved area lying in the Hornád River basin on the left bank of the Hornád River between the villages of Markušovce and Matejovce nad Hornádom. Steep rock walls render an unrepeatable image of the area, in which the nature created unique rock formations during the Post-Tertiary period by weathering and by the operation of water, ice, sun, and wind.

Poráčska Dolina valley is located in the Slovenské Rudohorie ore mountains near the Slovenský Raj preserved area under the village of Poráč and is about 9 km wide. It is a long karst valley, in which the Poráčsky Potok creek channelled its course in the limestone.
Dolina has a semi-karst character of the breakthrough narrow passage, which is situated near Slovinky. It is stuck between the cliffs of the Vápeník, the Červené Skaly red rocks and the Slovinská Skala rock, which are part of the Galmus Plateau. There are a number of caves on its limestone banks. The most famous is the Homološ Cave, which is about 800 metres above the former Čierny Bocian black stork cottage. The forest growths fill the whole Poráčska Dolina valley. These are largely natural, indigenous beech-fir spruce growths. The bank forest growths around the creek are mostly made of grey alder, brittle willow, purple willow, and chokecherry.
In the valley there are recreational facilities with playgrounds and ski lifts (SKI BRODOK and RED PARK), marked hiking trails, biking trails, and various accommodation facilities.

Excavation of the Štôlňa Pavol adit is dated back to the 18th century, when there was a great boom of mining in the whole of Slovakia. It is located in the Poráčska Dolina valley, east of the Štôlňa Peter adit at the former "green hut", which was built on the heap before its mouth.
When the Poráčska Dolina valley became an attractive place for recreation in the 1960s, Železorudné Bane mines in Rudňany built the first cottage, the ski lift, and the swimming pool. Subsequently, a modern lift was built on the Suchý Vrch mount next to the Štôlňa Peter adit, and the so-called "Green Hut", which was wooden and served as a buffet. In front of the callus mouth of the Štôlňa Pavol adit, an imitation of an adit from TH reinforcement and reinforced concrete armour was built, which served as a cellar for storing food. This chat has today been transformed into the Mining Museum.

The plain and the Galmus mountain range are situated in the northeast of the Volovské Vrchy mountains and it is a limestone-dolomitic plate, which is divided into two parts by the central Poráčska Dolina valley. It is part of the Hnilecké Vrchy hills, it is formed of limestone, from the north it is bounded by the flow of the river Hornád, from the west by the Markušovský Potok stream, and from the southeast by the Slovinský Potok stream. This karst area, with a length of 10 km and an average width of 5 km, extends on an area of around 50 km2.
It is formed by the hills of Skala (1014 m above sea level), Matisovec (877 m above sea level), Suchinec (943 m above sea level) and Holina (880 m above sea level), and a plain situated between the above mentioned hills covering the area of 3 km2.
The most preserved primeval forest in the whole Galmus is at the end of the Svätojánská Dolina valley, at an altitude of 550-750 m above sea level. There are various karst forms, such as shrubs and slopes and caves. The most famous cave is Šarkanova Diera hole, 177 metres long, with archaeological finds. Its major attractions include two national nature reserves, Červené Skaly red rocks and Galmuská Tíšina quiet place. Two territories of European significance were declared in the Galmus mountain range, Galmus and the Jánsky Potok stream. There are plenty of viewing hills and places, with spectacular views of the surrounding countryside.
In Galmus, there are holiday resorts, ski resorts, including many hiking and biking trails. In the winter, there are no maintained cross-country ski trails.

Za Horou, or colloquially called Zahura, is part of Spišské Vlachy, a tourist resort 3 km from the city centre. There is a ski lift for beginners and a bathing lake. In winter, this lake freezes and is suitable for skating. Refreshment and accommodation is possible in the refurbished SABINKA chalet. This winter skiing facility ensures the cross-country skiing and, in case of interest, you are also welcome to take a snow scooter. You can also enjoy bathing in the bathing barrel.
Nearby, there is also the Plejsy ski resort and a covered swimming pool in Krompachy. In summer, the resort offers a wide range of activities for relaxation, hiking, cycling, and sports.

The Šikľavá Skala rock is the largest waterfall of the Galmus Plain and is one of the many karst formations scattered all over the area.
The water running down a massive, steep limestone rock creates about 14 metres tall and 30 metres long ice sheets and interesting ice formations in the winter. On these frosty days, the water from the rock drops and the ice fall is growing. Several tourists consider it one of the most beautiful glaciers in Slovakia.
According to the Nature and Landscape Protection Act, the waterfall is a natural monument. 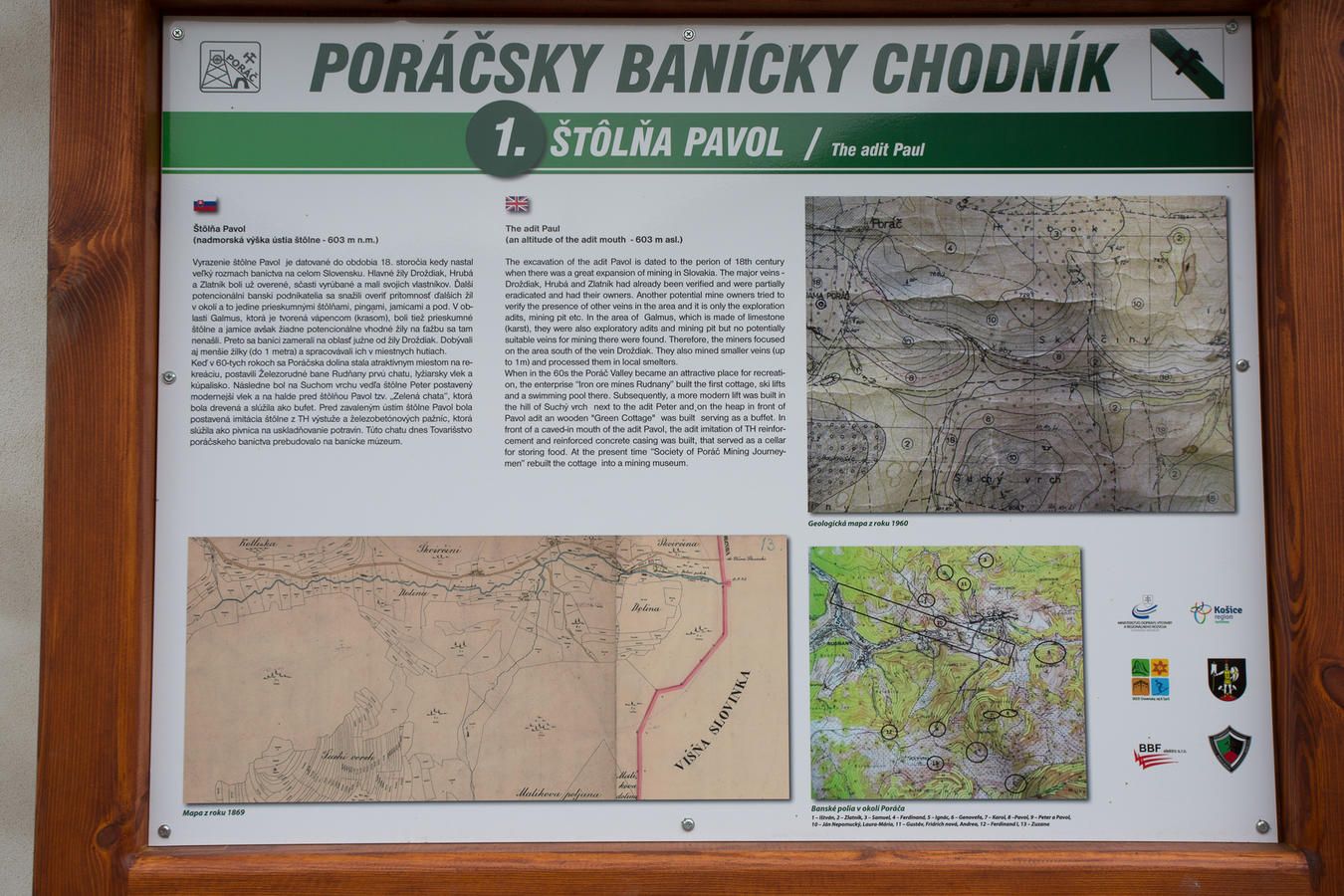 We will set off for the Galmus circuit by the historical monument, the Markušovce Mansion. Ride east by the Hornád river along the main road. The trail is marked by a red biking sign and a yellow tourist one. At the Olša crossroads, turn left direction Matejovce nad Hornádom.

In Matejovce, you will arrive at the crossroads of red and blue biking signs. Whichever direction you may take you will eventually return to this point. We chose the blue one, which leads along the river and turns to the left right after the village by riding up into the mountain. You would ride about 300 height metres uphill through the woods and meadows to the village of Poráč.

You will reach the board map at the crossroads of blue and green cycling signs. Continue straight down to the Poráčska Dolina valley along the green cycling sign. In the valley, there is a recreation area, accommodation, a mining tunnel, and a ski resort - an ideal place for taking a short break. The trail continues along the green signs through the sprawl along the river by continuously descending to the Ploštiny crossroads.

After a relaxing glissade, do not miss the direction table of Ploštiny. There turn left to the blue sign, you will have some very steep riding into the protected area of Galmus. In less than three kilometres, you will ride up 300 meters high, which can be pretty demanding. The good news is that it will be the last significant ride up on the trail.

At the Galmus Chalet, there is a spring, if you run out of water after the uphill riding. From the chalet you will ride along the yellow cycling sign, riding down to the lake ZA HOROU, another holiday area in a pleasant environment with a restaurant.

Once you have had enough of recreation, the trail continues along the red cycling sign, towards Olcnava and Vítkovice. You will be approaching the intersection of the biking trails in Matejovce, at which you have already been, but just before that stop at the natural scene of the Šiklavá skala rock. Especially in winter months and long-lasting frosts, it performs an amazing performance.

From Matejovce, you are already familiar with the trail and after the flat district roads, you are just a short ride to the Manor House of Markušovce. 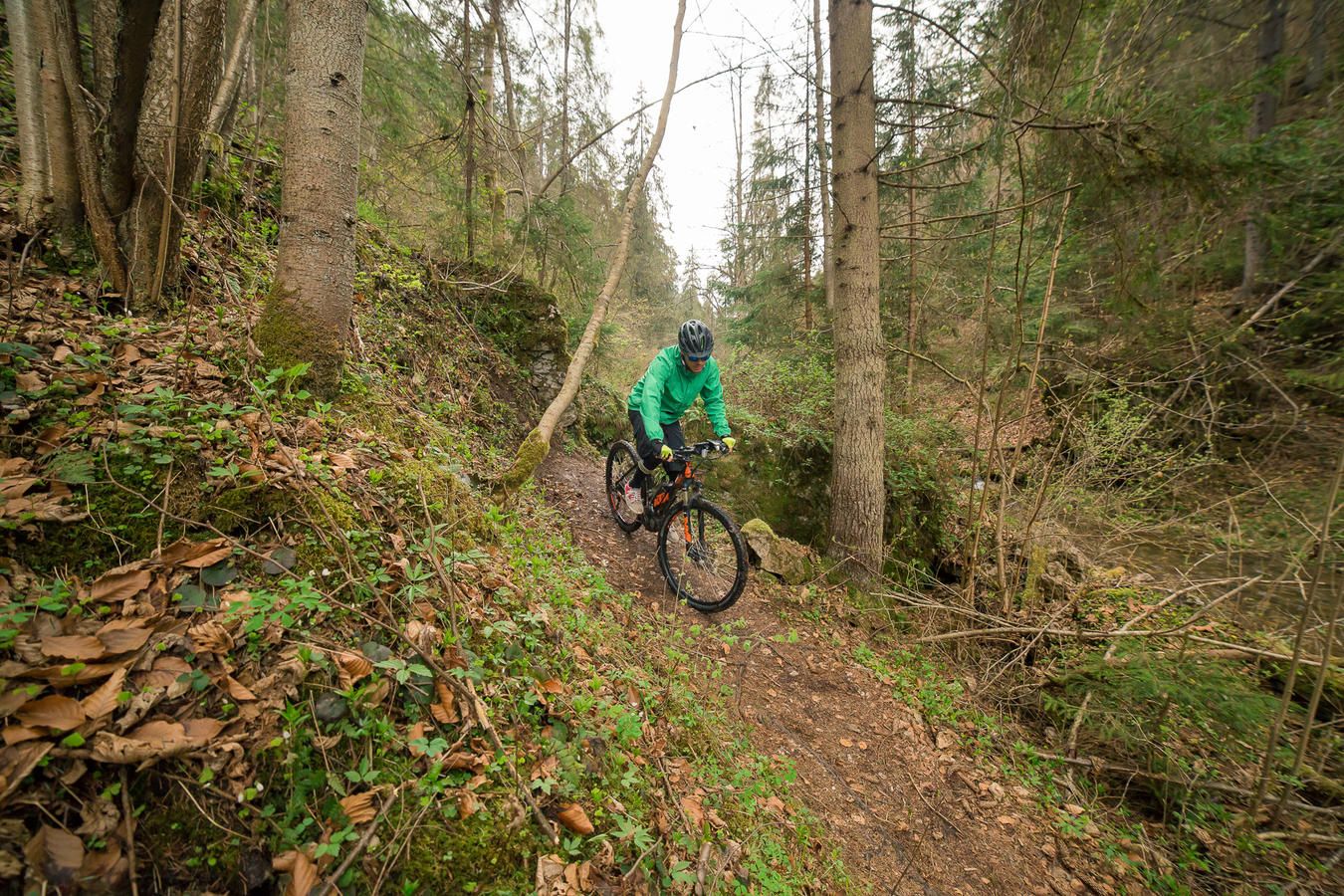