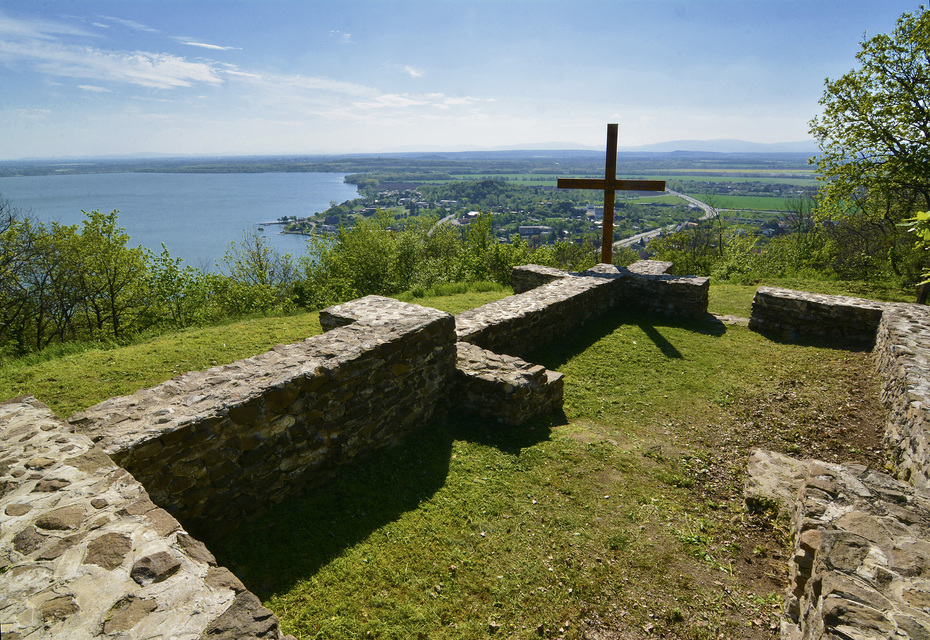 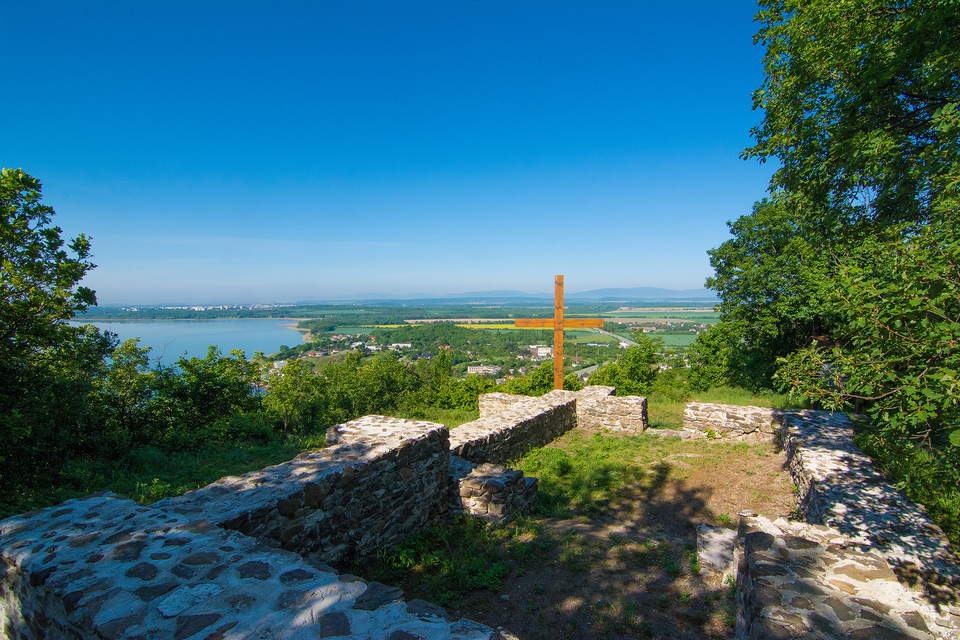 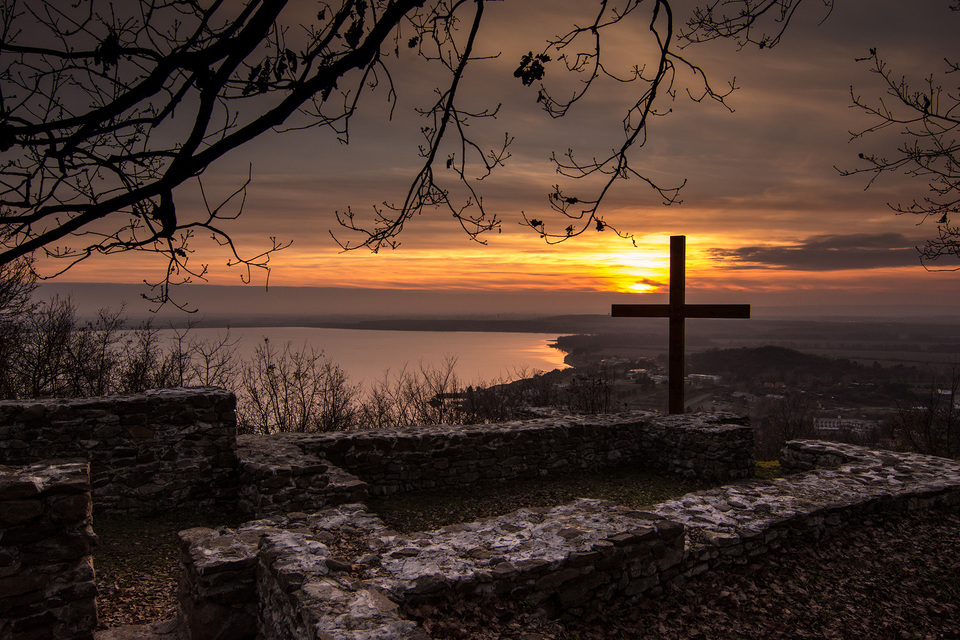 Between 1974-1977, the archeologist Belo Polla uncovered, on the hill beyond Zemplínska Šírava, the remains of single-nave church from Middle Ages. In recent years this place has been re-examined and presented officially as a heritage location.

The church was built on the terrace below the top of the hill close to the village Vinné probably sometime in the second third of 13th century as a smallish single nave with a square presbytery and a northern vestry. After his research Belo Polla dated the church already in the 11th-12th century.

While during the battle of the oligarchs against the King Karol Róbert in 1312, the Omodej's burned down the nearby castle Vinné, and thus it's probable that damage may have been done to the small church in Senderov, due to its convenient location.

The construction of Patrocinio of Saint Cross was mentioned in 1336 in relation to Hermits, while it was confirmed by another document from 1418 where the building of new chapel was requested to be built again, while Hermits had to abandon it due to occurrence of Schismatics 40 years earlier. The archaeological research found that the destruction of the church was dated to 15th century.

The research also revealed that the walls of the church had been painted in several colours and multiple working elements of the building were discovered, for example stone jambs of a small Romanesque window or the stone lion torso.

After the research had been done in 70's the place had been abandoned and gradually overgrown by vegetation. The restoration of the church was embarked on by volunteers following Patrick Cimprich in 2012 and since then they have managed to clean up the place to carry out revisional research to supplement the information obtained by Belo Polla, as well as mark the footprint of the building. Information and direction signs have been put up to provide access to tourists.

The church is the most valuable Baroque object of Košice with the most beautiful period interior. You cannot overlook it while walking on the…

Church of the Holy Spirit in Žehra (UNESCO)