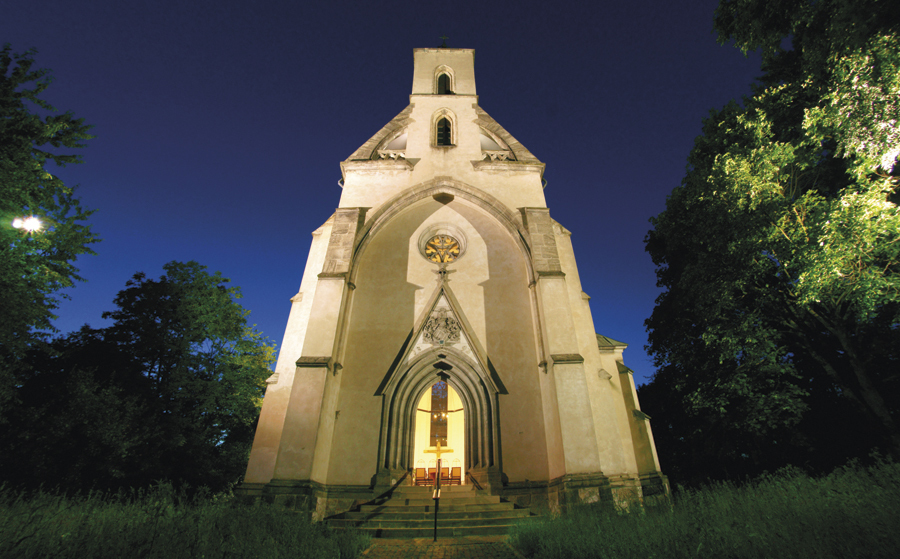 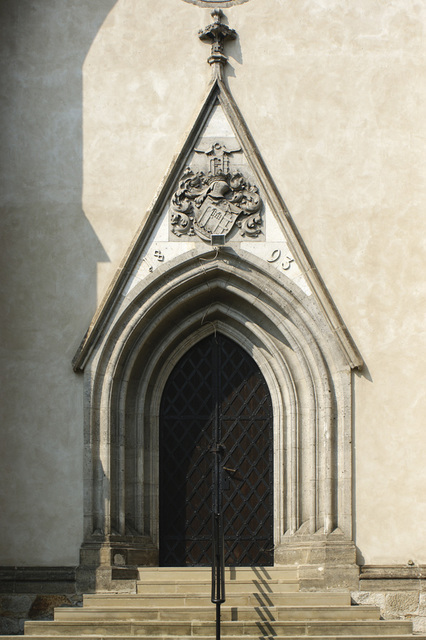 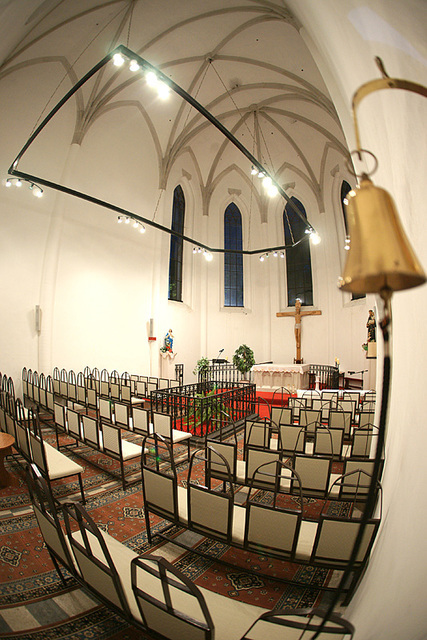 The Chapel on Hôrka (Hrádok) is considered to be freelance copy of the gothic chapel of Saint Michael in Košice. With the idea to build neogothical chapel - tomb of Sztáray family - coming from the Earl Anton Sztáray. He did not live long enough to implement the idea - he died several days prior to the start of the construction work (the management of construction work, that began on 2nd of September 1893 was entrusted to Viliam Fröde - a German architect, author of the proposal). So the construction was financed by a property agent of the Sztáray family, that means the Earl´s wife Františka Batthyáni. The chapel of Saint Anton Paduánsky on Hrádok was completed and consecrated in 1898. In the tower, you can find the bell which was moulded by Mr. Ferenc Valser in Budapest in 1894 and beyond the main entrance - in tympanum - the coat of arms of the Sztáray family can be found that dates back to 1893. Members and relatives of the Sztáray family were buried inside and in front of the chapel. In the vicinity of the chapel you can find the Red Army Cemetery, a large Jewish cemetery and the house where the painter Teodor Jozef Mousson lived and worked (today, the house is used as an observatory).

The tower of the church from the first part of the 14th century is a noticeable landmark thanks to its unique roof. The tower has a square ground…

Church of St. Anthony of Padua in Košice

It is the second most ancient preserved church in Košice. The temple was originally Gothic and later rebuilt in a Baroque style. It is on the Main…

Greek Catholic Church of Saint Michael - Archangel is proclaimed as National Cultural Heritage. The three-section log building is covered by…