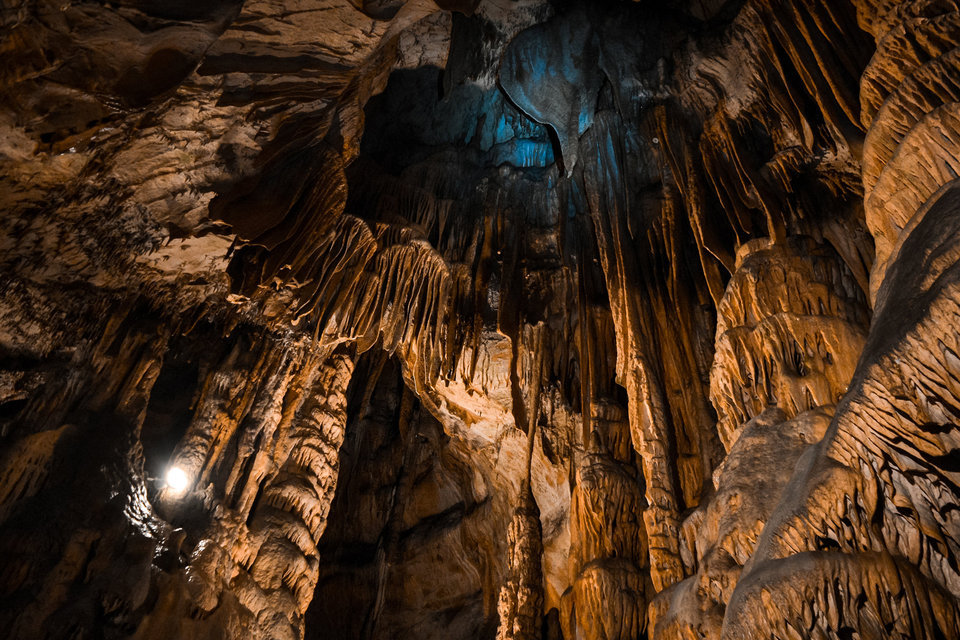 We are in the 13th century and the country of Eastern Slovakia - back then Upper Hungary – is devastated by numerous Tatars. Impoverished inhabitants are squatting in dark cave chambers and they hope that their shelter will not be found by robber’s army. These are the scenes that Jasovská cave can remember. In the present it is naturally illuminated perfectly so you can admire here the exceptionally abundant dripstone decoration. Mainly pagoda-like stalagmites, „stone“ waterfalls, cylinders and other forms attract attention, as well as a mysterious inscription from the 15th century. By the way, 19 bat species hibernate there! Due to its importance the cave was included on the UNESCO World Heritage List. The memory of the cave goes deeper than the 13th century. From the Neolithic period it can remember cave bears or hyenas, so today it is also an important paleontological excavation site.

Thousand years old Aragonite theatre. It is said that no one can invent such an impressive sight as the nature. If you don’t believe, visit…

Dobšinská Ice Cave belongs due to character of glaciation between the most important ice caves in the world. From 2000 it is included on the List…